A new serial is started on Star Plus whose promo is running on the channel. The name of the show is “Zindagi Mere Ghar Aana” audience is eagerly waiting for this show. 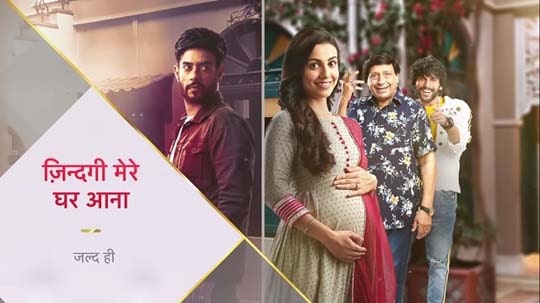 These days the promo of the serial named Zindagi Mere Ghar Aana is happening through the show, seeing which the audience wants to know what will be the story of the show, who is the star cast of the show, when will this show be broadcast on the channel. could, and many others.

This serial was directed by Raheeb Siddiqui, and the show will see Isha Kansara and Hassan Zaidi in lead roles.

The show is produced by Zama Habib and is being produced under the banner of Kissago Telefilms.

The following actors can also be seen on the show:

Serial has started on Star Plus from 26th July 2021, whose telecast time is 7:00 PM. Because this show can change the story of Shaurya and Anokhi in the time slot.

The promo was launched on 7 July 2021. The show is also available for online streaming on Disney+ Hotstar.

If you have any data related to show Zindagi Mere Ghar Aana, please comment below, we will try to replace your data.

Being in shape can be a daunting task for a busy person in our modern world. You spend your whole day at work, running your…

Ways to spend time with family due to work – In modern life, it is becoming harder to stop working. Technology modernizes life and opens…

7 Issues you’ll need to Get Out of the Flat – Perhaps, at least as soon as possible in your life, try to stay within…

A Glimpse of Freedom – Story of Neera Arya

Hyundai Grand i10 Nios – The Perfect Vehicle in a Low Budget

Epidemic Caused by Coronavirus (COVID-19) – Parents should know these things

Most 7 Clothing Every Working Woman Needs

Most 6 Facts that Really Love – Do you know